What are your company’s skills?

We define ourselves as the powerpoint of augmented reality for #education

Augmented Class! is a platform that allows users to create and share their own augmented reality educational projects without any programming knowledge in a very easy and friendly way.

We detected a necessity demanded by the educational community: nowadays AR apps have to be custom developed or with little modification margin and, although educational centres (regulated and non-regulated) count on digital devices such as tablets or digital whiteboards, they lack contents to use them with (mainly pdf-s). There are also very few tools in the market that provide them or allow the creation of new contents easily.
In Augmented Class! we allow users to create their AR apps through a friendly interface without any technical knowledge. We make it possible for educators to generate innovative contents and we eliminate all barriers universalizing the access to AR.
We allow you to DESIGN your own projects and share them, so they can also be modified and adapted by other users to cover their own needs.
Augmented Class! is a spin-off project of the R&D company CreativiTIC Innova operating and pre-established through its R&D Accelerator Lab CreativiLAB with an independent and fully involved team of professionals from the areas of disruptive technologies and education.

Tell us about one of your the emblematic accomplishments? 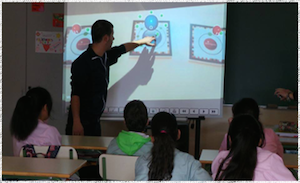 What is your next stage of your development?

Our platform is compatible with smartphones, tablets and many wearable devices such as glasses. Furthermore, we are integrating our own hardware package that educational centres will be able to purchase to be attached to their digital whiteboards & projectors to enjoy the augmented experience.
We count on the resources required for the beta platform, including technology, first pedagogical contents and contacts with different educational centres in several countries to test the platform.
We are also expanding our platform products to custom learning services for editorials, games etc. widening our market niche.
To achieve our goal of becoming global we are looking for partnerships with other countries and funding for consolidation, expansion and marketing.

Today, we have contacts to test the Beta platform with more than 70 educators of 5 different countries and we plan to launch the community by Summer 2015.
We strongly believe education is the base for a wiser and more advanced society and a better future. 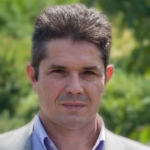