I had a recent conversation with David Daniels from YOUar. It was an awesome talk in which we covered different aspects such as Hyper Reality, Open Reality / AR, Spatial DNS and when the ARCloud would be ready to live incredible AR Experiences.

But first things first, what is doing YOUar ?

YOUar is a company that has been working on computer vision and content persistence for the past 4 years. It’s obvious to us that the cellphone is the platform needed for now but it is a transitional platform to the head mounted displays.

YOUar is building a content editor that allows multiple applications, massive multiple users and multiple devices to share multiple app. YOUar is also working on a SDK for developers

They are basically creating the operating environment that everybody will be using tomorrow.

What it will be the usage of what you are building ?

We are building a new human language.

In a recent future we will alter what other humans have placed in the virtual world on top of the real world. It means it’s a highly contextual and interactive future where people to people or one person to many is able to express themselves in a physical location as well as in the virtualization of a physical location. Most AR will be experienced through dimensional virtual reality. VR is going to be at 9 out of 10 times the way we are going to experience AR. AR is a necessary to get passed location itself. Once you are able to understand persistance then you can remotely change  any AR object in placed on the earth dynamically and alter the information that coming through that object or that experience in a  fluid way, like the internet.

This new world will leads you to the most intrusive data set that man knows.

This new world will leads you to the most intrusive data set that man knows. You’ll have a massive spatial understanding of everybody’s position in real time, everybody’s spaces, everybody’s gaze, what their attention span is. And all of these data analysis is a very distractive thing for data privacy. We are working on creating an Open Reality and there is many ways to create this

One of the most interesting blockchain solution is a spatial DNS

What is Open Reality ?

Open Reality is even beyond the AR Cloud, it includes all spatial data of all kind and you need to find a way to compartmentalize your private data in a special (spatial) sense. It’s difficult but it can be done and we need to start thinking about it. One of the most interesting blockchain solution is a spatial DNS which is an ability for there to be an understanding of all spatial points across the planet but also publicly shared but also privately controlled and I mean personally controlled not private company control.

What would it take to have the ARCloud working with Open Reality Standards ?

Today Google and Facebook know what we look at, what I like or not. They also know my location bu they don’t have a spatial understanding of my room. Tomorrow companies will be able to understand your space, what is the size of the room, what’s inside the room..

Hyper reality is telling us to really work on conflict mitigation

Yes, with this Open AR Cloud project, the idea is to avoid creating a hyper reality experience.

Totally agree, Hyper reality (NDLR: is a short film that immerses the viewer in a very busy augmented world) is telling us to really work on conflict mitigation (how in spatial terms you decide what you want to see).

When do you think the ARCloud will be mainstream or at least ready to be used by everybody?

It’s really difficult to say, but I think that the ARCLoud will be like tap water in 5 years.

Thanks a lot David for your time and for sharing all your thoughts on AR and VR. Let’s talk again very soon! 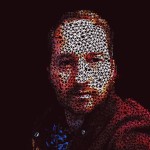